This might be a good blog for you to bookmark for when the weather gets unbearably hot this summer.

How To Beat the Heat

1. Wet a washcloth with cold water and put it on the back of your neck.
2. Keep a few wet washcloths or towels in the fridge, so you can swap them out
when they warm up!
3. Place wet towel on the back of your neck.
4. Use a spray bottle from any cheap or dollar store to mist or spray yourself at
home or where ever you go! Or Spray behind your knees, on your feet, and
anywhere that's sweaty. The warm water keeps you from being shocked
when you spray. Now, go get in front of a fan!
5. Run wrists under cold water. Use a piece of ice wrapped in a face cloth, to continue after the coolness wears off. Constantly cooling off the wrists will also cool off the body. Never use just ice, make sure it is wrapped in a towel or something similar. Studies show that this will reduce your core body temperature by as much as 1.5 ºC. The relief is almost immediate, and will last for up to one hour!
6. Turn off the stove and other sources of heat.
7. Partly fill a plastic bottle with water and freeze it. Put it in front of a fan; it'll
give the same effect as cold water, but is less likely to spill.
8. Lightly mist a top sheet, and place it in a plastic bag in the freezer. Pull it out
just before you're ready to sleep. It'll keep you cool enough to fall asleep.
9. Keep the sun out. Be sure to keep the window shades drawn from around
11:00 am until at least 2:00 pm. The sun shining into the house during this
period can leave the temperature much warmer in the afternoon and evening
than it needs to be.
10. Sleep alone. I know, it sounds a little lonely but it’ll be much cooler than that
abundance of body heat that comes with a spouse, a child, a dog or even the
family cat sharing the bed with you. If you can’t sleep alone, sleep with some
space between you.
11. Wear cotton. Cotton takes perspiration away from the skin leaving you drier
and more comfortable. Go for light coloured cotton clothes, cotton
nightwear and bedding. Cotton sheets will not only absorb night sweats,
but will also permit your skin to breath, allowing you to be more
comfortable and less restless. Better sleep means more energy and better
mobility.
12. Cool showers and baths. During the summer, there’s nothing more
satisfying than a cool bath or shower. Even running cold water over my
wrists (or another pulse point) for a few minutes cools me down. When I
can’t sleep at night because of the heat, I fill a pan with cold water and soak
my feet – it really helps to lower the body temperature!
13. Keep exercise moderate. Exercise is important but it’s tempting to skip it
when it’s hot. Do exercise but keep it moderate. Don’t push yourself too hard
and be sure to take a cool shower afterwards to bring your body
temperature back down.
13. Try swimming. If possible, choose swimming as your exercise during the
summer. Swimming works all the major muscle groups while helping to
maintain a lower body temperature. It also helps with balance and mobility.
14. Seek shade. When you’re going to be outside, always sit in the shade. Even
better, sit in the shade where there’s a breeze.
15. Wear a hat. The sun beating down on your head has a huge impact on your
body temperature: always wear a hat when you’re out in the sun. Many
countries now have made a law that children under 12 must wear a sunhat
to school in the warmer months.
16. Fill a hot water bottle with cold water from the fridge and put it on your
ankles and feet - it works!
17. Do not consume any caffeinated beverages before trying to sleep, your
increased heart rate will make you hotter and more susceptible to the heat.
18. Keep a glass of ice cold water close to your bed so that in the event that you
wake up hot and uncomfortable, you can easily cool off again without having
to get up.
19. Try cooling clothing. A number of manufacturers now make cooling vests,
hats, etc. Last summer I ordered online a cooling bandana. They have gel
crystals that retain cold when wet. You run it under cold water and tie it
around your neck or head. As long as it stays wet, it stays cool! – neat!
19. Go to malls or theaters or stores that have air conditioning.
20. Wear a damp shirt (not wet) around the house or yard. (not suitable for public, lol)
21. Heavy meals will make your heart pump harder to digest the food, heating you up. Keep meals light.

The following is a partial list of manufacturers and suppliers of "cooling” clothing. This includes everything from gel bandanas, cooling wrist bands, sunhats with cooling forehead bands to clothes with pockets to put cold gel packs, to space age clothing with body cooling molecules. You can click on the websites to see what products they offer and the prices.

Posted by Bluebirdy at 17:04 0 comments Links to this post

No right to worship in our own homes?

This very important article has been moved to one of my other blogs at:
http://retro-ofg.blogspot.com . IF YOU BELIEVE IN THE RIGHT TO WORSHIP, IT IS WORTH READING!
ALL IT TAKES FOR EVIL TO OVERTAKE THE WORLD IS FOR GOOD PEOPLE TO DO NOTHING! LET'S WATCH AND DEFEND OUR RIGHTS!
Blessings,

Posted by Bluebirdy at 22:17 5 comments Links to this post

Hubby Is Now Safe! (But Shangri-La Has Fallen.) 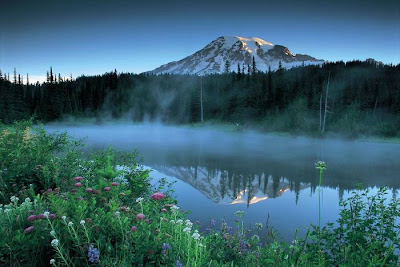 Thanking the Lord! Finally my husband got out of Mingora, Swat, the center of Taliban fighting right now. It is the most famous and most dangerous city/Valley on earth right now. We see hourly TV live news from there. With 1 million people leaving in a few days, it looks like doomsday. My husband left with a small backpack and his laptop. He is working online with me from a motel room in a different city. We'll have to re-buy him everything he needs when he gets here. He is still over there but in a safer area. He should get to Canada in a few months.

Finally its over!!...the stress of having to listen to bombs and machine guns in the background while we work on our computer business each day on webcam! SUCH a relief!

Swat is the real "Shangri-La/Shambala " of myths, songs, stories and movies. It is where Buddha was born and raised. Buddhist pilgrimages are made there to see the many amazing sculptures done by Buddhist monks, and the tree Buddha sat under as he meditated and taught, and his footsteps saved in concrete. 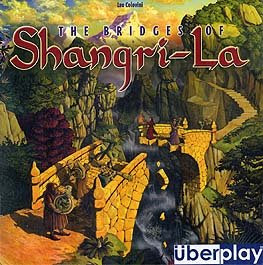 Until 2 years ago, it was referred to as "The Switzerland of Asia". Not too long ago, it was an independent country with different culture, foods, rules, habits, and more freedoms and more open mindedness than the areas just surrounding them at the bottom of the mountain. It was called a restive, peaceful paradise, with an educated population; and they had not known violence for hundreds (at least) of years. Not since Alexander the Great or Ghengis (sp?) Khan, so 2 years ago when the Taliban started attacking them, they were very naive and innocent, and had never experienced such things. They had not even become desensitized to violence like the rest of the world has; (because we watch violence on TV or movies all the time), so it was especially hard for these trusting, non-violent people. Of all people to be terrorized, these people don't deserve it, but "bullies" look for the meekest people who have no one to oppose them. 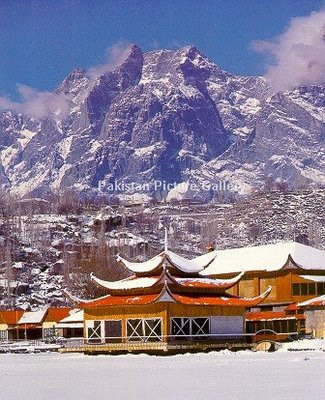 The Taliban wants that valley for their headquarters because its so beautiful and is hidden in the Himalayan Mountains, so there are many places to hide.

My husband got sciatica, a very painful damaged nerve that goes down the back of the leg, and the local doctors could not help. He was rolling in pain for days and decided to go to a bigger city to see another Dr.
While he was on the bus, he saw the extremists putting mines in the road that he was riding on, so he was not sure if he would go back to where he was again or not! The Dr. was not in the next day, so he had to stay an extra night. That extra night was the night that half a million people were living in Mingora were leaving with 1 hour's notice. This includes the people living in the same house he lived in, so it would be all locked up. He couldn't go back. Thank goodness he had enough money to stay in a motel for a while because they are so cheap there.
People left only with a little food and a change of clothing, not knowing what they would find if they ever got back, after the terrorists loot the banks, shops and homes left behind. The sciatica went away without seeing a Dr.! That tells me that he was given that severe pain to finally give him the incentive to get out of there, and the Dr. was not in that day, because if he had seen the Dr. he would have been on the bus back to Mingora just as 1 million others were trying to leave all at once on one narrow road. God works in mysterious ways! The pain saved his life and his business. The Dr. not showing up kept him from going back.
OK So that's my RANT, getting the 2 years of constant stress out of my system. Here in my bedroom I felt like I was living in the war due to hearing it through the computer each day and proofreading war documents for UK gov't and worrying about my husband. NOW HE IS SAFE...and so are all who fled that city, so TONS of stress has been lifted!
THANK YOU LOVING HEAVENLY FATHER!! I also thank Him for sending all my Internet friends into my life to teach me and lift and strengthen me. Thank you all!
(my mood-contented) 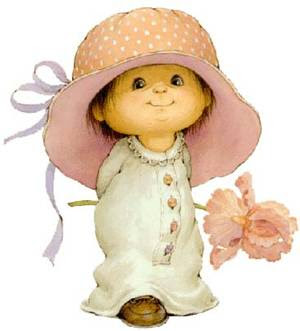 Posted by Bluebirdy at 18:11 16 comments Links to this post

To all the mothers who have enriched my life! Happy Mother's Day! Click on link below.
http://www.jacquielawson.com/preview.asp?cont=1&hdn=0&mpv=3155286
(or if its not clickable, copy and paste it into the address line of your internet browser.)
Blessings,
Sheila

Posted by Bluebirdy at 06:31 10 comments Links to this post 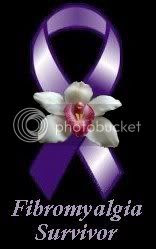 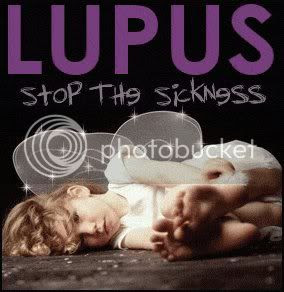