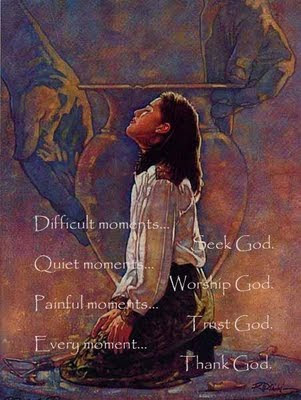 I am still a bit numb and deep in thought from it all. I couldn't even think of what kind of picture to put with this post until hours after when I found one on another website. I can't even write anything profound about it yet until I ingest it all. So here are just the facts.

Monday- My husband's dearest uncle is killed by a suicide bomber. (He was part of the security forces on the border of Pakistan/Afghanistan.)

Tuesday- My mentor, my friend of 31 years, an angelic lady who convinced me to become a writer, which culminated in me getting more than 250 magazine articles published and becoming a reviewer/proofreader for a publishing house for 7 years, got killed while walking into a department store.

Wednesday- My husband's 18 month old nephew, who he loved like a little brother, or maybe even a son, died. The week before he was in intensive care for a very strange infected cyst that was in his stomach. They put him on IV antibiotics and he seemed to recover, then a few days after getting home, he developed pain again, was taken back to the hospital where he died.

Friday-The same family that just lost their baby, has a baby boy born to them.

I couldn't figure out why I was so sad about it. I know where they are. I know they are safe and happy now. I know we will all see each other again someday. Maybe my sadness was for those left behind who would miss them so much.
I wrote a few paragraphs after this, then deleted them 3 times. I have too many thoughts to express, most of them complicated and maybe even controversial, so I'll end here.

Sheila,
When there are no words, just remember the song in my last post "My Redeemer Lives.."
I am so sorry for the losses...May God fill you and your husband and His family with His special comfort...I often dream of having a mentor like the one you had..how blessed you were...do take care and let God minister to you..
Love, Sita

Thankyou my sister in the gospel! I also pray for his family to feel the peace that passes all understanding. I still think a mentor may show up in your life Sita, if that if your desire, and it IS a righteous desire, so the Lord will honor it, when the time is right.
Hugs,
Sheila

Hi Shiela,
All things work together for the good of those who love Him, who have been called according to His purpose" (Romans 8:28). We may never know the answers to all our questions but we can be rest assured that everything that happens on earth is with the knowledge of God. Someday, God will provide us with all the answers to our questions but they will not matter anymore because we will be just be enjoying God's dazzling presence in our midst. Thanks for the post. God bless you always.

i am so sorry, sheila.
we cannot help but feel pain. it's only being human.
*hugs*

Sheila:
I think its normal to feel sadness even when we know that they have gone on to be with the Lord-
When my sister passed away I was so sad in my heart but I know that she was happy being with Lord-
I am so sorry for your losses.
Hugs
Your sister in Christ
Mary Ann

i'm so sorry to hear all those loss. i attended two wakes in a month and was still shocked by the turn of events. but... i wanted you to know that i'm praying for you and i included you on my list so others could also pray for you.

Blessings to you as you read this, powerful picture and even more powerful losses.....

You were blessed to be touch by so many exceptional people. They are gone in body but not in spirit and through your memory of them they continue to live on.

Stay blessed and have a fantastic day.

Thank you all. That was a quiet week in my wild soap opera life. I'm just amazed how "unboring" my life is even though I'm mostly stuck in bed. Thank you again for your kind words and support and for keeping with me, visiting my blog.

My heart goes out to you and all these dear ones who have had to face this suffering.
Someimes several things happen in rapid succession and we are left bewildered.
Underneath us are His ever llasting arms which keep us from falling apart.
May your husband 's family know the peace of Christ.

I am extremely sorry to hear about the losses of people who are near and dear to you and your husband. This is the first time I am hearing of a catastrophe of this devastating magnitude happening one after the other in quick succession.

I an shocked and at a loss for words.

I pray to God to give you and your husband the strength to bear these irreparable losses.
Joseph