Dear Norma; (and to all others as well who have kept in touch with me)

Thanks for asking about me in the comments of the previous post. Sorry I have been silent. I was literally "out of it" and overwhelmed.
I have good news and bad news.
Good News: I found a remedy for the fibromyalgia that made me feel so good that I thought the good health would be taken away from me if I shared the good news right away. Kind of a superstition of being "jinxed" I guess. I didn't want Satan to know how good I felt, for fear he would try to ruin it. Even without telling people about it though, it feels like Satan DID see that I had a major improvement and healing, and it DID seem like he was trying to attack me with every other health problem I had in order to make me lose hope. I will expand more later about this incredible remedy is and how it might be a really important answer about one of the causes of this very difficult disease!. It is so significant, that if I continue to feel good, it IS a healing of one of my diseases, and with this bit of extra strength perhaps I can get up and work towards more healthy living to bring about a complete healing!!! Though this remedy only seems to help fibromyalgia, with continued efforts, and living healthy, I think all of my health can/will improve.

I am happy to even feel an improvement of even 30% or more. The remedy even helped my mom's other health issues, and she didn't even know she was getting a remedy until after one day she told me her allergies had not bothered her for a month, for the first time in 50 years!

This remedy does not take away any of my other illnesses, so I have been fighting with those, but I am happy to have even a little improvement, so I can work on gaining strength and improving quality of life. More about that remedy later.

Bad news: I had a few weeks where my diabetes was so uncontrollable that that I was semi-conscious up to for up to 20 hours a day. My blood sugar kept bouncing from too high to too low and I couldn't get it balanced, and you can pass out when it goes too low or too high.

Finally, one day I could stay awake long enough to get into a taxi and get to the Dr. I told her how sick I was and that I needed help urgently. I can't be inaccessible to my sick mother for 20 hours a day! I thought being so semi-conscious most of the time warranted urgent help. Instead, she said they don't put you in the hospital to regulate a person's blood sugar anymore, and that she wanted to test for some other problems. She made 9 appointments which will span over the next 2 months, and I just started crying. In the USA all 9 of those tests would have been done in 1 day, probably while I was in the E.R., not even waiting until I had been admitted. She sent me home to keep being blacking out! At that moment I didn't know how I was going to take care of myself and keep surviving.

I had just told her that I was semi-conscious most of the time, not able to dress myself or shower or even get up for a drink or something to eat, so did she expect me to stay conscious, get myself up and dressed and drive myself to these 9 tests? What if I was semi-conscious at the time of the test and couldn't even wake up at the time of the test?

Then because I was crying, she said "how's your mood"? I said "It's HORRIBLE because I am so sick! I need some help to survive until I can get feeling better, then my mood will be completely different!"

The stress of hubby's homecoming being delayed AGAIN so close to the time he was supposed to come, and worrying about him living like a refugee, just threw every health problem I have into overdrive. (Stress also raises blood sugar.)
All that time, when I DID wake up, in a half-stupor I would think "If this is how the rest of my life is going to be, I am in BIG trouble, and my husband should stay on his own or find a new wife or go back to his family instead of starting a life with me." Just that thought was enough stress to make my blood sugar raise so high that I passed out again. Satan likes to attack your hope when you are at your weakest.
After the days that I was passing out, I got a high fever, so probably it was the flu, which affects diabetes. I don't know if it was swine flu or not, but since there are more swine flu cases in Alberta than anywhere on earth than Mexico city. In a way it would be good if it was, because I would have built up immunity to it, so I wouldn't get it again. Canada has good anti-viral medicine, so it was actually one of the easier flues I went through.

My Mom is now in the hospital with another bowel blockage. They come regularly every 4-6 weeks now. It takes me so much strength to get up to the hospital a couple of times a day, that I get really sick after the visits, and go home and just collapse, too weak to change or eat until the next morning.
But, of course the Lord has strengthened me through it all, and carried me. That has been a hard lesson to learn, to lean on the Lord's Spiritual strength, when I really need another human being around to help with physical strength. I have adrenal exhaustion, (burned out adrenal gland) so I am tired right through to my spirit. (My 'get-up-and-go' and gotten up and left!! HAHA! )

Things will get better soon. I am so very thankful for my many luxuries and blessings and friends I know things could be so much worse.
Two days ago I woke up and the birds were singing, I was in NO pain, and the fresh air from the open window smelled like I was camping in the mountains. I thanked Heavenly Father before I even opened my eyes. It was so very magical. I appreciate the small pleasures of life so very much. I accomplished so very much that day. I think the Lord will continue to give me great days like that here and there to help me improve my quality of life, and to prepare for either my husband coming home or for other life changes that the Lord may be planning in the near future.
Thanks dear spirit-deep friends for being so patient with me. I pray for all of my online friends/readers daily.

"For I know the plans I have for you," declares the Lord, "plans to prosper you and not to harm you, plans to give you hope and a future.
-Jeremiah. 29:11
Be as kind as possible, for everyone is fighting
some kind of battle.
-Ian McLaren 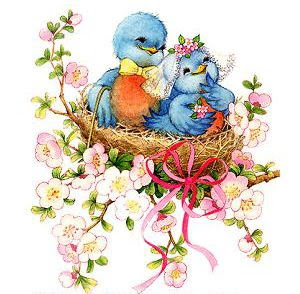 Sheila,
your post shows that you know where your strength comes from.
Thank you for sharing.


May God give you & your mom straight & guidance.

Hi Shiela,
I'm at a loss for words but I really enjoyed your post. It is attention riveting. I don't know what to say to you to cheer you up. It's just that I know the Lord has a purpose for all these things happening to you and someday everything will be revealed when He comes back in all His glory. As of now, we can just look forward to a better future when the Lord will wipe all tears in our eyes. I just want to share my affirmation to you. "I am a temple of the Holy Spirit. The temple of the Holy Spirit is perfect. The Holy Spirit will correct all imperfect condition in my body, mind and soul." I recite this together with the Biblical verses on healing. Thanks for the post. God bless you always.

Sheila, I am thinking of you and your family.
Praying for you all.
Love you
CC