The next test of "Delays Have a Purpose" 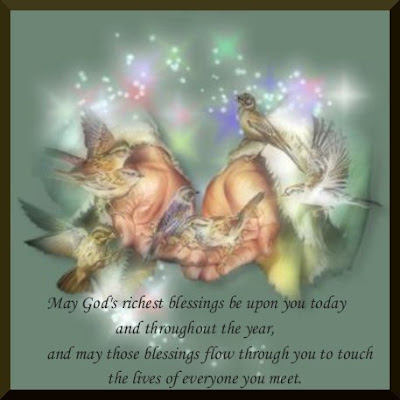 "Ok Lord, I am dense and forgetful, but I get it. Delays have a reason, and are all in your plans and hands....and all this year's repeated lessons, showing me that delays have a purpose, I think were meant to lead up to yesterday's emotional volcano. Thankyou Lord for teaching me this before you let me go through the meltdown."
I was hoping this would be the final big lesson about delays, but I have a feeling it won't be, as far as my life being in limbo, not being able to make many decisions until I know if and when I can get my husband here. There may be one more big dramatic letdown, but there may not be. We will see.

Yesterday was a very dramatic day that the Lord seemed to be preparing me for all year.
I was proofreading a huge project with a tight deadline and was stressed about getting it done in time. Then my lawyer (who is helping me with the court hearing to get my husband here) started shooting me multiple emails, each one telling me more things I needed to get done IMMEDIATELY. One was about work that I thought the lawyer should be doing, not me, but this whole 3 years that I've been with her, I feel like she has guided me to tell me what paperwork needs doing, but made me do the work. Sometimes I would submit things up to 4 times for various reasons. One reason she gave, was that all of the many attachments that I sent her could not be printed out on regular sized paper, so I needed to get copies of them all and send them to her by mail immediately, so she wouldn't have to spend an hour figuring out how to print it right. (The file was sent formatted for regular sized paper so I don't know what's up with her computer or printer.)

After about 10 emails, I got a call from the Legal Aid Society, which is a gov't organization who is paying my lawyer because I can't afford it. The lady from there said, "Did your lawyer tell you that she is no longer your lawyer?" I said, "WHAT? We are emailing right now so fast its like a conversation, and in 10 emails, she forgot to mention that little detail!" I was so shocked I didn't know what to say or to think,so she said she'd call back in 15 minutes after I talk to the lawyer about it. I called her and said "I just got a call from legal aid that says you are no longer my lawyer. We've been on the computer for hours now and you didn't say one word about that. How can you not be my lawyer? We are working right now!"
She said that she didn't mean for me to be shocked by them, she meant to tell me when the paperwork was done and didn't know they would contact me so fast. It turns out that she isn't going to be a lawyer at all anymore. I wish her well, I know what a terrible stressful job it is and I am happy for her that she's getting out. We talked for a while about what I need to know for the court case in 1 month, then when I got off the phone, I had a little meltdown.
The spiritual side of me said "Well, all year the Lord taught me "delays have a purpose", so all the delays for the past 3 years have been for a purpose and in God's plan for our lives." But the physical side of me started shaking and crying in anger! I thought "If I had gotten a lawyer who was not burned out, would I have been done with this in 6 months? Maybe I would not have had to do hundreds of hours of paperwork, and THOUSANDS of pages, many repeated documents that my husband risked his life to get by getting into a courthouse in the war zone! All the ulcers, the anxiety attacks, the worsening health problems due to the delay and stress, all the nightmares, the tears, the loneliness, the horror of living through the war daily with my husband on the other side of the webcam, the feeling of hopelessness again and again...now I find out it didn't have to be that way if I would have gone with some other lawyer? OH I WAS MAD!
Then she sent me an email telling me what papers would be presented in court. THERE WERE ONLY 12 DOCUMENTS AND NONE OF THEM WERE THE ONES MY HUSBAND RISKED HIS LIFE FOR! Oh gosh I thought I'd explode! So when I calmed down, I wrote back and asked why none of my husband's documents were being used, and why the court only gets 12 documents, when I sent her almost 2000 pages of stuff over the years. She told me that those papers had ALREADY been sent to the court. Well that's ok then, but I wish she would have communicated that when she shockingly told me she wouldn't be using all the documents.
So here I am, after 3 years of waiting torture, 1 month before the court date, and my lawyer quits!
I thought I had to find a new immigration lawyer who will agree to take my case on such short notice, and will agree to be paid by Legal Aid instead of me. Well, legal aid had mercy, so did my lawyer, and they found one today. They went through 6 before they found one to say yes. I have to start over and try to convey 3 years of information to this lawyer within the next month so he can speak for me and present my case. I also wish my lawyer would have quit sooner so that the next lawyer could have helped me with the load of paperwork.
This could go either way. It might really hurt our case...or...it might be a miracle to have a lawyer who is ready to work.This is really a blow, to be dropped by my lawyer weeks before the court date. I will accept what happens as the Lord's will, even if it's not what I want, I guess life will go on, but I want to hope & believe that the Lord caused this lawyer to quit so that I COULD have a better chance in court, so things WOULD work out for us. Maybe the lady lawyer that is quitting would not have won my case.
Well the even with the 7 hours that the lawyer's fiasco took out of my day, the Lord helped me finish the big project half an hour early, and I was able to get the legal papers in the mail today. It seemed easier than ever before, as if the Lord was moving my arms and legs and mind. I think that's one of the few times that I felt like the Lord's strength kicked in when my strength gave out. I love this scripture that says "For when we are weak, then through Him, we are strong, (because He gives us His strength, so we do better than we could have done alone.) I have NO talent for memorizing which scripture and verse that's from. I just remember the
.

Oh well, it's almost over. 1 more month, then no more legal paperwork. I NEVER WANT ANOTHER LEGAL CASE IN MY LIFE! The workload and stress can kill a person and they don't even care, the case still goes on even if you drop dead.

Then we will wait up to 3 months after the court hearing to get a decision. Hopefully MUCH faster than that because any day my husband may be pulling out of his location to an unknown location. Everyone in that city are just deserting their homes and leaving. I'm ready for a change from the worries of war, and I think the Lord knows I'm near my limit, and He will help. I wish those poor people living in the war could escape it as easily as I will be able to when my husband gets home. I pray for them.

Oh, my dear bluebird...you are truly in God's hands, your story seems to be telling this.
Time goes faster than we imagine, and things will work out for you, I am sure. Relax and get some well-deserved rest!
And keep us posted...

I am amazed at your ability to cope with much troubles and still maintain your composure and sanity to think clearly and get things done.

I hope and pray that all your troubles are coming to an end and your will be successful in your endeavors with the court.

I pray to God to give you all the energy and strength to cope with the situation at present.