I'm pretty sure I know what it is in the house. See
http://www.dirtyelectricity.ca/electrical_hypersensitivity.htm . The easy explanation of this is that there is a safe level of electricity that the body can handle, but since wireless products and microwaves and the TESLA Project (more info below) came into being, we are being poisoned with too much electricity. The article tells what are safe levels, which appliances can cause "dirty electricity" and the remedies, but I have a cheaper fix for it than is mentioned in that article. This is just another type of invisible pollution that is making us sick.

The US gov't has found that the reason for the 700% increase in children's asthma is due to vehicle fumes. More and more poor housing are being built by large roads and highways. Then when they found out about the illnesses caused by the new compact fluorescent light bulbs, I got rid of them quickly, because Mom and I both got sick just days after using them, and since we both have lupus, we can't bear the UV rays in those lights. I also learned about some things different governments are trying in order to change the weather and to block communications from government satellites. They are dropping aluminum powder into the clouds. They did this during the Seoul 2008 Olympics. It was planned to rain in the afternoon during the main races, and they didn't want the rain to ruin the race, so they dropped aluminum powder in the clouds to make it rain in the morning instead. I am in a city that has aluminum powder dropped in the clouds above us every afternoon at 3 pm. The government is quite open and honest about it, but they are just now learning that our area has skyrocketing high cases of Alzheimer's disease and multiple sclerosis, lupus, fibromyalgia and lung disease which can be attributed to aluminum poisoning. Google HAARP (a government project to change weather and block communications,) and TESLA Project http://www.geocities.com/Area51/Shadowlands/9654/tesla/projecttesla.html which has now changed it's name, so it has been difficult to find newer information about it. The project makes the EMF poisoning much worse.
Scientists are learning more and more about environmental toxins/illnesses all the time. Maybe some of this information will help someone else discover what's making them feel so sick.
Blessings, 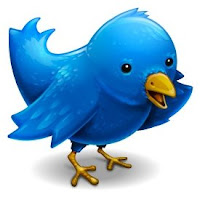